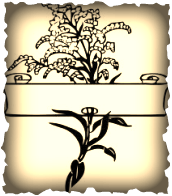 ﻿Excerpt From Wednesdays At The Red Pepper Cafe, by Tish Cook.﻿

Joann arrived before the other two and slipped into the sunny side of the familiar booth at the Red Pepper Café. It was that way almost every week.

She liked being the first to arrive. That way she could down a couple of cups of coffee and be alone with her thoughts for a few minutes. It was a toss-up which one would show up next, but it didn’t matter. Eventually they would all be there.

The Red Pepper was small, but certainly not drab. Clumps of bright red, hand painted jalapeño peppers seemed to almost jump from the soft, lime green walls, and give the restaurant a distinctive Southwest feel. Dark brown floor tile, marbled in earthy green and beige, and seat cushions on heavy wooden chairs, their colors a mixture of gold, royal blue and Aztec red, added to the richness of the décor.

A myriad of stained glass sun catchers, including one large red and green parrot perched on a knotty limb, a red and tan sombrero and a small pair of hot pink flip flops, hung in the oversized windows that spanned the entire front of the building.

Golden Oldies music, Joann’s favorite, filled the air; the smell of hickory smoked bacon, blueberry pancakes, and huevos rancheros nuzzled her nose. It was a warm and cheerful respite, even on drab, cloudy days…

Marcy stopped by the booth on her way to the front counter. “Good morning, Abby. Coffee this morning?”

“You sure? Maybe you just need a cool-down. You know, thinkin’ of young mister Neil?”

Abby wrinkled her nose. “I have?”

Laurel was beaming as she slid into the booth and settled next to Abby. “Am I interrupting anything?”

“I have to show you what I bought,” Laurel said.

That usually meant Laurel had purchased either a new car, or an original oil painting, or a fabulous bauble for her ring finger or her wrist. It was always something , too cool, extraordinary, and she made sure Abby and Joann were the first to see her new treasure.

Laurel reached into the bag and carefully pulled out a large, jeweled brooch. The round brooch, about four inches in diameter, resembled a flower in full bloom and consisted of two layers of platinum petals, each one completely covered with tiny lavender-colored gemstones and rimmed in what appeared to be small diamonds.

One row of eight large petals curved gently backward toward the clasp and formed the base of the brooch. A second row of eight smaller petals sat atop the first and gracefully arched out, as if trying to lean over backwards and touch the larger ones.

Abby gasped. “That’s gorgeous! Where did you get it?”